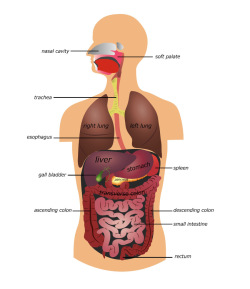 Lactose intolerance develops when the body has difficulty digesting whole and skim milk and other dairy products. Lactose is a milk sugar and like most sugars, it is broken down by enzymes in the intestinal tract so it can be absorbed as an energy source. The enzyme that breaks down lactose is called lactase. When the intestine does not contain lactase, then lactose intolerance can occur. It is a troublesome and annoying problem, but it is never a serious one.

Who Has Lactose Intolerance?

As commonly expected, infants and small children have the enzyme lactase so they can digest mothers’ milk. However, as time passes, lactase can begin to disappear in some people. Some ethnic groups are more likely to develop lactose intolerance. By adolescence, it is gone in about 75% of African-Americans, Jews, Native Americans, Hispanic persons, and in 90% of Asians. So the condition is very common.

What Are The Symptoms?

When undigested lactose reaches the colon (large intestine), it is broken apart by bacteria. Intestinal gas along with lactic acid and other acidic chemicals result. It is these products that create the symptoms of lactose intolerance. These symptoms include nausea, abdominal cramps and rumbling, bloating, rectal gas (flatus), and diarrhea. They usually occur 30 minutes to two hours after ingesting lactose-containing foods. The severity of symptoms usually depends on the amount of lactose ingested and how much of the enzyme, lactase, remains in the intestinal tract.

First, the physician reviews the patient’s medical history. Sometimes that is enough to determine the problem. However, to make a definitive diagnosis, one of several tests may be needed:

When lactose is broken down by the colon’s bacteria, hydrogen is released, which then passes out through the lungs. An increase in the amount of hydrogen released after a lactose meal can indicate lactose deficiency.

When lactose breaks down to lactic and other acids in the colon, the resulting acidity can be detected by a simple measurement of stool acidity.  This test is more commonly reserved for infants or small children who cannot do the other tests.

he Home Do-It-Yourself Test – Since lactose intolerance is not a serious disorder, some people may want to test themselves at home. First, avoid milk and lactose-containing foods for several days. Then on a free morning, such as a Saturday, drink two large glasses of skim or low-fat milk (14-16 oz). If symptoms develop within four hours, the diagnosis of lactose intolerance is fairly certain.

Therapy depends on whether a patient is willing to tolerate the symptoms. If the symptoms are mild, then avoiding large amounts of milk and milk products may be enough. For those who are very sensitive to small amounts of lactose, there are two options. First, all foods should be carefully checked for lactose. Grocery items such as bread, baked goods, cereals, instant potatoes, soups, margarine, lunch meat, salad dressings, pancakes, biscuits, cookies, and candy can contain hidden lactose. Even prescription and over-the-counter drugs may contain lactose. The patient must become a label reader looking for and avoiding “milk” and “lactose”.

The second option is buying milk substitutes or milk to which lactase, the enzyme, has been added. Lactase drops or tablets are also available which can be placed in milk. A pharmacist or food store manager can provide advice. There are over-the-counter lactase tablets that can be taken with meals to replace the enzyme the body no longer has. Finally, a variety of lactose-free milk alternatives are now available in the dairy section of most food stores these days.

Milk is a major source of calcium and calcium is necessary for good health and strong bones. Most adults need 1,000 mg of calcium a day, except for young (less than 18 years of age), pregnant and nursing females (1,300 mg per day) and post-menopausal females (1,200 mg per day).

For the lactose-intolerant individual, ingesting enough calcium may be difficult. Calcium supplements, such as calcium carbonate, are often recommended. The decision to take calcium supplements should be discussed with the physician.