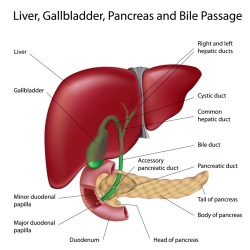 The liver shoulders a heavy work load for the body, and almost never complains. It even has a remarkable power to regenerate itself. Still it should not be taken for granted. The liver is subject to illnesses, such as hereditary disorders, autoimmune disorder, and viral hepatitis A, B, and C all of which may lead to serious liver damage if not properly treated. 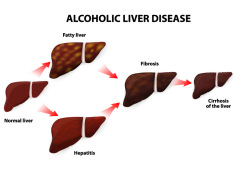 When cells in the body are injured by such things as chemicals or infection, the area that is hurt becomes inflamed. Hepatitis is inflammation of the liver, which in turn causes damage to individual liver cells. It is most often caused by viral infection. However, it can also be caused by alcohol, certain drugs, chemicals or poisons, or other diseases.

Hepatitis may be either acute or chronic. In acute hepatitis the inflammation develops quickly, and lasts only a short period of time. The patient usually recovers completely, but it can take up to several months. Occasionally, a person fails to recover fully, and the hepatitis becomes chronic. In other words, it continues at a smoldering pace. Chronic hepatitis can develop over a number of years without the patient ever having acute hepatitis or even feeling sick. As the liver repairs itself, fibrous tissue develops, much like how scars form after a cut or injury to the skin. Advanced scarring of the liver is called cirrhosis. Over time, cirrhosis irreversibly damages the liver, eventually ending in liver failure.

What is Hepatitis C?

Hepatitis C is caused by a virus (medically abbreviated as HCV). This type of viral hepatitis is different from the others in an important way. All patients with hepatitis A and most with hepatitis B develop an acute infection, recover completely, and develop antibodies that protect them from ever getting the disease again. However, the hepatitis C virus is a “quick-change” artist. Once inside the body, it changes its form to evade discovery and attack by the immune system. Scientists have already identified many forms of HCV, and patients infected with one type are not necessarily safe from other types. Hepatitis C patients do develop antibodies, but they are not curative or protective as in hepatitis A or B. Hepatitis C antibodies may not completely rid the body of the virus. Therefore, most people infected with the HCV virus will develop chronic hepatitis. 75- 85% of people infected with hepatitis C will go on to develop chronic hepatitis C, meaning it doesn’t go away. Left untreated, chronic hepatitis C can cause serious health problems including liver disease, which can potentially progress to liver cirrhosis, liver failure, liver cancer and even death.

Current estimates are that 3.5 million Americans carry the virus that causes hepatitis C, and likely 75% are not aware that they carry the virus. Each year more than 17,000 people become infected with the hepatitis C virus. This virus is known to be spread through infected blood, blood products, and needles. Prior to the late 1980’s, people were at risk for contracting the disease through blood transfusions. However, a blood test was developed at that time to detect the virus, and the blood supply is now always tested to prevent spread of the disease in this way. Health care workers are also at risk. At this time, the people most at risk for getting hepatitis C are IV drug users who share needles as well as those who have sex with an IV drug user.

Most patients with hepatitis C do not have symptoms. This is especially true early in the disease. In the early stages, if there are symptoms, they are usually mild and flu-like (perhaps nausea and fatigue). It can take from 2 to 26 weeks for the disease to develop once the patient is infected with HCV. If someone has hepatitis C for many years, the patient will develop symptoms caused by progression of their liver disease. Routine blood tests may show an elevation in certain liver enzymes, especially one called the ALT. The physician can then order a specific blood test to determine if the patient has hepatitis C. The diagnosis of hepatitis C is to test for a viral load or HCV RNA.

Hepatitis C is a cause for concern for two reasons. First, most cases become chronic. Second, patients seldom become acutely ill, so it is possible for them to have the disease for some time before it is diagnosed. Late in the disease, fatigue may become increasingly severe. If cirrhosis has developed, other more serious symptoms may occur such as abdominal swelling, jaundice (yellowing of the eyes and skin) swelling in the ankles, bleeding, skin rashes, and mental confusion. Blood tests and liver imaging will be done to evaluate the disease. Liver enzymes are usually slightly elevated but may or may not correlate with the degree of liver inflammation. For this reason, a liver biopsy or other non-invasive testing may be recommended to determine how serious the liver disease may be. Advanced scarring is called cirrhosis. It is believed that about 20% of the patients with chronic hepatitis C will develop cirrhosis, and a few of those will go on to develop liver cancer. It may take from 10 to 40 years for serious liver damage to occur.

How is Hepatitis C Spread?

The hepatitis C virus is usually spread when someone comes into contact with blood from an infected person. This can happen through sharing needles or other equipment with someone with hepatitis C, an infant from an infected mother at birth (6%), healthcare workers from a needle stick of an infected patient, sex with an infected person, more commonly men who have sex with men, unregulated tattoos or body piercings, sharing personal hygiene items, history of blood transfusions prior to 1992.

Both the patient and physician have a role in treating hepatitis C and preventing the progression of liver disease to cirrhosis. It is now known that alcohol use, even in socially accepted amounts, makes the liver disease worse. So, while the virus is present in the body, it is best to avoid alcohol altogether. Patients should also discuss the use of over-the-counter medicines with the physician. Some drugs such as NSAIDS that may not be normally toxic can worsen liver damage in HCV. Acetaminophen (Tylenol) which is normally safe at low doses can be toxic in high doses. Eating a healthy diet with lots of lean protein, fruits and vegetables and limiting sugars with a goal of maintaining a healthy weight is always important. The patient will also want to discuss vaccination against hepatitis viruses A and B. If a person with HCV becomes infected with either of these other viruses, it could have a worse effect on the liver disease. The patient should be careful to avoid the possibility of getting these other diseases. This means no IV drugs or unprotected sex with a new partner with unknown sexual activity history.

Early treatments for hepatitis C started in 1999 but they had limited success and severe side effects. Fortunately, newer, all oral regimens with fewer side effects and greatly improved cure rates came on the market in 2014. The regimens are all oral, antiviral medications which are taken for 8 to 12 weeks. The names of the antiviral medications include Mavyret, Harvoni and Epclusa. These are a few of the medications on the market and your provider will discuss which option is best for you. These antiviral regimens have cure rates over 95% with minimal side effects. Treating hepatitis C and preventing recurrence of hepatitis C will reduce the risk of cirrhosis, liver cancer, and death. Treatment and cure of hepatitis C can also reverse some existing scarring in the liver which can decrease the risk of liver failure and liver cancer.

The risk of transmitting HCV sexually is low compared to hepatitis B and HIV. In marriages and long-term relationships with monogamous partners, it is often the case that one person is HCV positive and the partner is HCV negative. The current medical recommendation is that in these circumstances, sexual practices need not be changed. However, when people have multiple sex partners or new partners, they should never engage in unprotected sex.

It appears that in pregnancy, HCV is passed on to the fetus less than 5% of the time. It may depend on how high the mother’s blood virus level is during pregnancy. Therefore, hepatitis C infected women should always consult with their physicians before becoming pregnant.

There is no vaccine currently available to protect against hepatitis C, as there is with hepatitis A and hepatitis B. People can prevent getting hepatitis C by not sharing anything that is likely to hold and transmit blood (Ex. razors, manicure tools, toothbrushes, and especially IV drug needles, or equipment used to prepare and inject drugs). Practices such as ear piercing, and tattooing should be avoided in places where sterile conditions are questionable. Until all circumstances under which HCV can be transmitted have been thoroughly identified, it should be assumed that every person with hepatitis C can pass the virus on to others. Therefore everyone, especially health care workers, should avoid encountering blood and bodily fluids from infected individuals.

Liver transplantation is a successful form of therapy for people with a badly damaged liver. Liver transplants have become more common for people with chronic hepatitis C who develop life-threatening liver damage. However, since these patients continue to carry the virus, they will almost always re-infect their new livers. The newer treatments for HCV, however, have proven very effective at eradicating the virus. These patients often have good recovery and prognosis after transplantation.

Hepatitis C is a serious viral illness that if left untreated can result in long-term complications due to severe liver disease and cirrhosis. Many patients infected with HCV develop chronic hepatitis C. Some people become carriers of HCV without knowing it. For this reason, it is important to prevent spread of the disease by lifestyle practices that avoid contact with infected blood. Chronic hepatitis C patients now have effective treatment options available to attain a cure which will hopefully prevent further progression to cirrhosis of the liver with its potential complications of liver failure and liver cancer. By undergoing testing and treatment and practicing healthy lifestyle, patients have every reason to be hopeful about the future.